Halyomorpha halys is a type of bug-insect from the Pentatomidae family, which is native to the area of East Asia. The species is invasive and is first seen outside its natural area in the US. The first published data on the findings in the area of Europe are from 2004, although it can be assumed it had been previously present in Europe. H.halis is considered a pest of agricultural crops and uses a large number of plant species in its diet.

The “Alciphron” database of insect propagation of Serbia is a tool for assessing the status and distribution of this invasive species. Data analysis shows that Halyomorpha halys was recorded in Serbia for the first time in 2015. In 2016, a slight increase in the findings is observed, and in 2017 this number is doubled. Analysis of the data from 2018 shows us clearly that the species is in the process of spreading its area, the number of findings was more than twice as high as in the previous year. The map shows the UTM fields (10×10 km), in which an invasive species is recorded per year (period up to 2000, 2000-2010, 2011-2017 and 2018). On the map, we notice that the growth of “infected” UTM fields is not great, but it is evident that it is growing. By analysing all the data from the database, it is clear that the number of encounters with the species is steadily growing, and for now, the species is localised in Vojvodina, mainly because of the level of agricultural development, as well as the climate that favours this invasive species. What is expected in the following period is the spread of the H. halys at the southern region of Serbia, as well as at higher altitudes due to the invasive character of the species and climate change (milder and shorter winter periods).This is a species that must be taken into account in the processes of planning biodiversity protection measures against invasive species, given the current data, the growing number of recorded species findings in Serbia, as well as the significant detrimental economic consequences that it leaves. 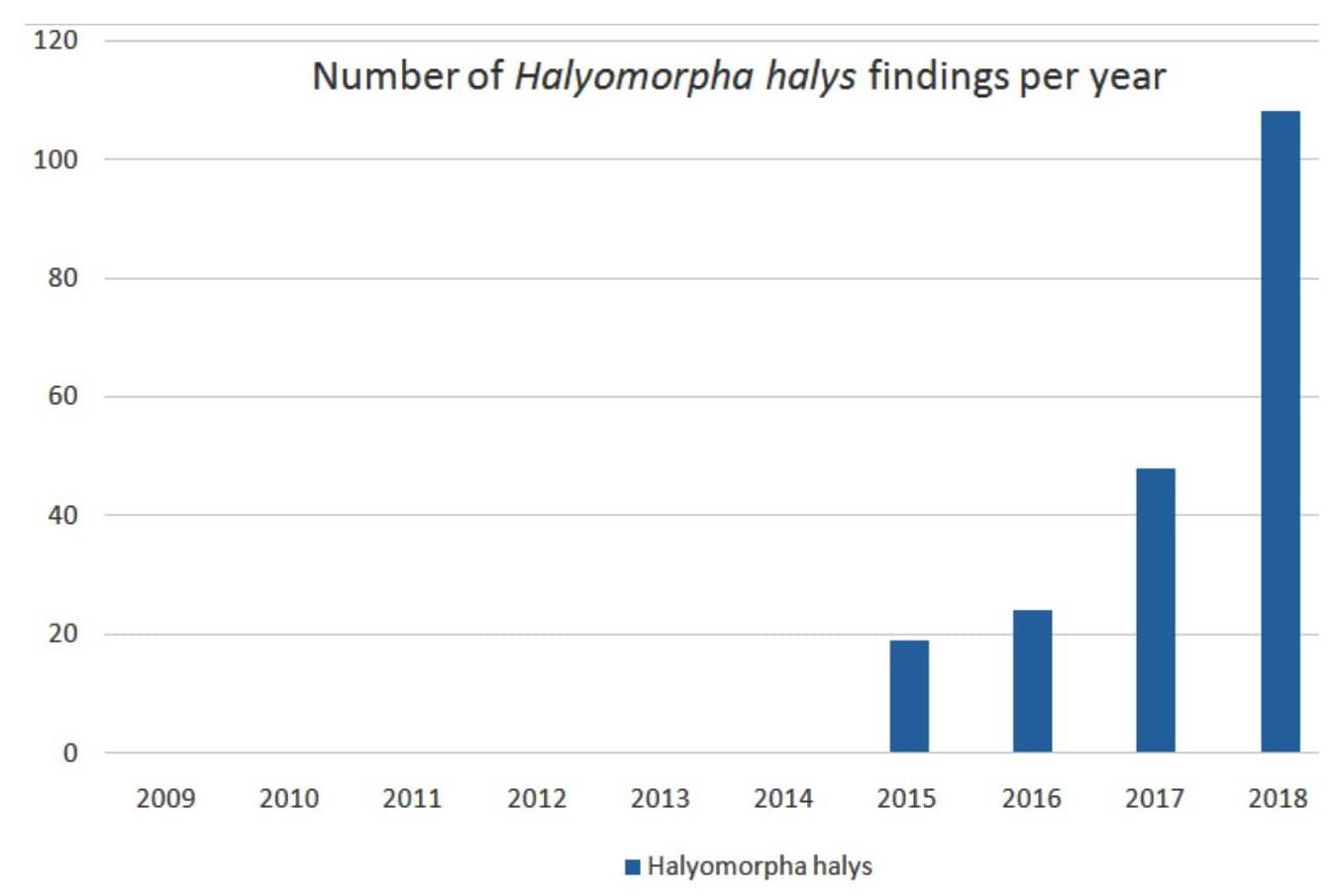 Use and interpretation: The indicator shows a change in the number of invasive species findings in the period from 2009 to 2018. The change directly points to the rate of spread of the invasive species, and indirectly to the presence of negative anthropogenic factors in the ecosystem.

When the invasive species Halyomorpha halys appeared on the territory of the Republic of Serbia? What is the trend of species findings?

Use of indicator: The indicator clearly shows an increase/decrease of the invasive species findings, which tells us about the potential threat to other ecosystem components.

Downward trend – the reduction of invasive species findings or stagnation suggests that the species does not have a strong invasive character or has reached current maximum of expansion; that it is not a priority in developing biodiversity protection measures, and that the ecosystem is stable.

Units in which it is expressed: Number of findings per year.

Description of source data: Online database on insects in Serbia “Alciphron” (http://www.habiprot.org.rs/Alciphron/), period from 2009  to 2018, number of findings per year.

Calculation procedure: The total number is obtained by exporting a set of data from the “Alciphron” database, which gives us the number of invasive species Halyomorpha halys findings. The base itself is the software that gives us the option of export of such data, in this case the export was made for selected years. 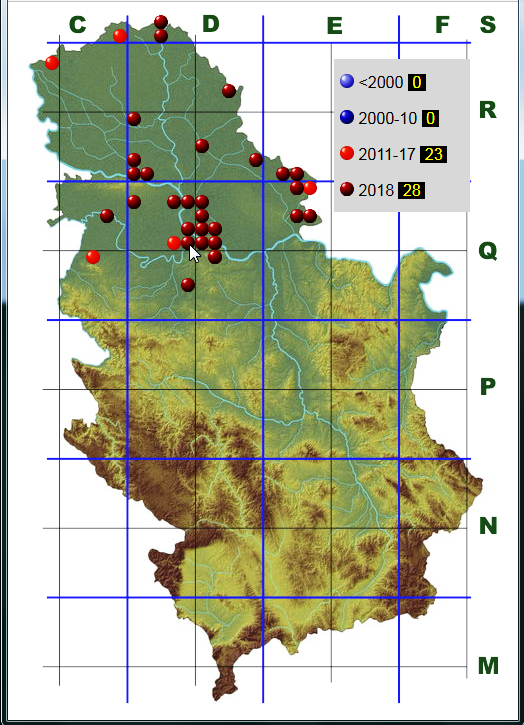