The case study for the Bosut forest addresses the four basic “benefits of nature”, which represent ecosystem services: regulation services for flood prevention, sustainability of forest income, nature conservation, and well-being of the local population. If ecological flooding of the forest complex and the increase in the number of traditional animal-rearing husbandries (for pigs) are implemented, taking into account integrated management and establishment of protected areas, increase in the value of the four most important ecosystem services of Bosut forest is expected, inter alia, through:

Since the selected types are indicators and so-called “umbrella species”, it is expected that the said improvement would have a positive effect on the overall biodiversity of the area. For many other  ecosystem services (water and air treatment, hunting, mitigation of climate extremes, tourism,  aesthetic services, pollination, control of harmful organisms), improvements are also expected, but not quantified by this study. Extensive cultivation of pigs in Bosut forests, in the area of Posavina, has a history of more than 2,000 years, this way of traditional, multi-purpose forest management is brought to the brink of extinction due to  the lack of transfer of acquired knowledge to new  generations. It is a difficult and demanding job that no longer attracts young people. There are 17 active pig keepers in this area with only about 1,000 pigs. Of the many marshes within the forest area, grazing is still practiced on only a few. 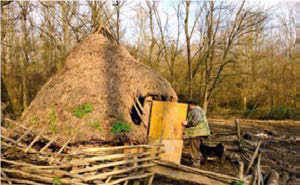 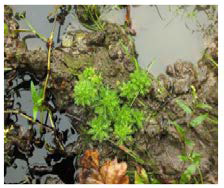 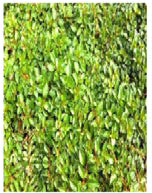 If the situation were significantly improved, primarily through the establishment of regular forests flooding and depressions in the periods important for the eagles, as well as through the increase in the number of pigs in the forests, swamps and clearings, the improvement would be notable in the food habitats, as well as the quantity and availability of food, especially in the period of reproduction.

In that case, it could be expected that in the period of 10 years first stabilization would occur, following the increase in the number from the existing 10 to a maximum of approximately 15 pairs in the entire area of Bosut forest. 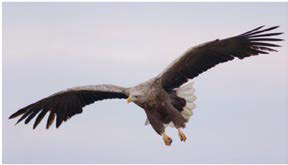 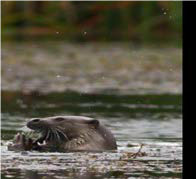 In the case of restoration of the natural flooding regime by establishing retention, with all of the 1,304.85 ha of marshes optimally flooded, and under water during the spring period, it could be expected that half of this area (about 650 ha) could be under swamp vegetation.

From the standpoint of preservation and protection of otter, this scenario would have double benefits. The indicated increase in the otter population in marshes would be multiple (200-300%), but within the entire Bosut forest complex this increase is observed in relation to the total population, which is presently primarily inhabited in watercourses, and not in the marshes, and which in this case scenario would increase by about 30%.