The Nature Park Rusanda was proclaimed as protected natural area of the II category in 2011. The total area of the Nature park is 1159,97 ha (National importance of the NP Rusanda is validated by its inclusion in national ecological network. Saline steppes and swamps are recognized as EU important habitats and ecosystems of NATURA 2000. NP Rusanda is composed of swamp and halophytic habitats distributed along the natural saline lake. The NP is home for 235 plant species mainly belonging to the classes Thero-Salicornietea, Festuco-Puccinellietea and Phragmitetea. Among them, Bassia sedoides and Suaeda pannonica are critically endangered (CR), Scorzonera parviflora, Silene viscosa and Trifolium ornithopodioides are endangered (EN), whereas endemic species Aster tripolium var. pannonicus and Plantago schwarzenbergiana re vulnerable (VU). In addition, there are 211 birds determined, of Recurvirostra avosetta and Himantopus himantopus are typical for saline water habitats.

Velika and Mala Rusanda represent the most valuable part of the Nature Park Rusanda, due to occurrence of halophytic communities on solonchak soil type.  Within this sites 16 important plant species were recorded, mostly growing on highly salinized wet depressions. Some of them are included in the Red list, such as Bassia sedoides, Salsola soda, Suaeda pannonica and Salicornia prostrata.

During last 10-15 years a phenomenon of unusual high lake level was recorded which resulted in lower concentration of salts in the soil around the lake. It is thought that melioration measures together with deepening of underground water and building of some infrastructure, all resulted in desalinization of the salt lake, causing dramatic changes on species which are dependent on habitat salinity. Therefore, alteration in habitat, mainly in size and depth of the saline lake (which has much enlarged during the time) caused changes in abundance of populations of several euhalophytes, mostly salt-accumulating succulent species. This refers to decrease in number of individuals and/or even disappearance of the following species: Salsola soda, Salicornia prostrata, Suaeda pannonica, S. maritima and Bassia sedoides.

Due to negative changes in soil salinity in NP “Rusanda”, decrease in population size were obtained: for Salsola soda L. for 100%  – meaning extinction

For Suaeda pannonica Beck for 80%, meaning existence of only 50-100 individuals; for other species it is difficult to indicate the alterations in population size, but it could be estimated as decrease of last of 40-50%. 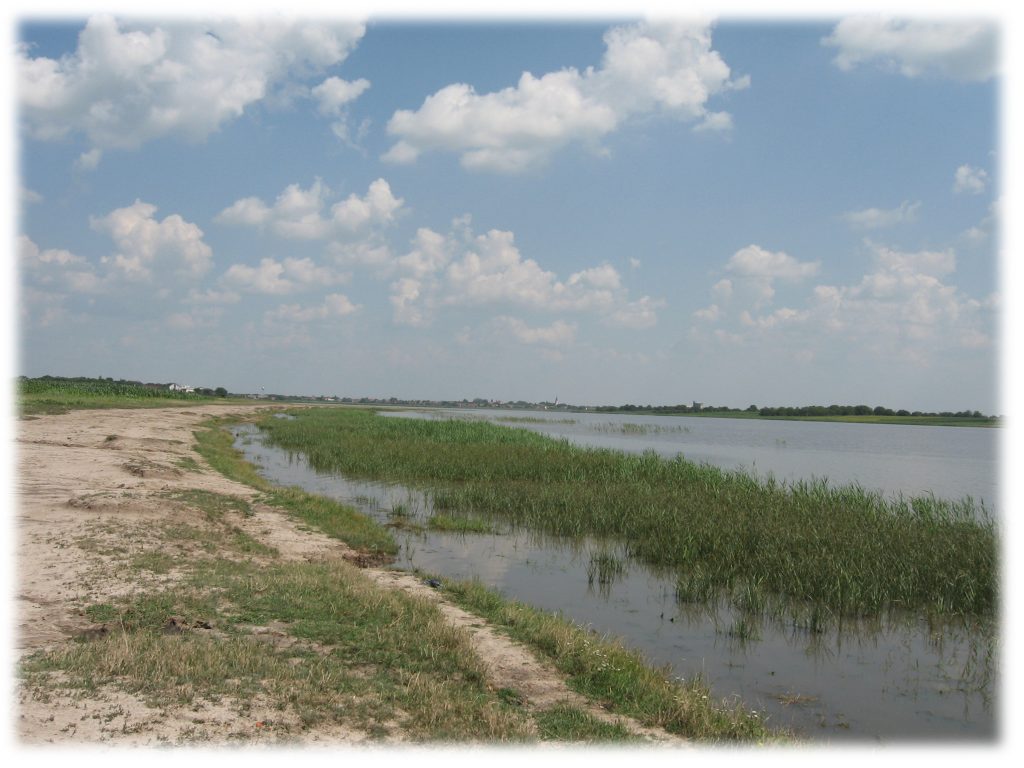