Protection of steppe falcon is extremely important, since according to the latest published estimates, there are 16-21 nesting pairs (32 to 42 adult individuals) in Serbia. In the last 19 years, the population has decreased by 69%, which has been determined on the basis of permanent monitoring, reduction of the distribution of the species and potential level of exploitation – illegal killing. According to the census of 2006 and 2007, the number of nesting pairs was 50-60. Breeding and non-breeding population is estimated as critically endangered (CE) in Serbia according to the Red Book of Birds of Serbia, while global status of the species, according to the IUCN Red List, is EN – endangered. Studies from 2019 show a smaller increase in the population in Serbia, estimated at 30-35 pairs, which is a possible consequence of protection measures.

Steppe Falcon (Falco cherrug) is a strictly protected species according to the Rulebook on the designation and protection of strictly protected and protected wild species of plants, animals and fungi (“Official Gazette of the Republic of Serbia” No. 5/2010, 47/2011, 32/2016 and 98/2016). Steppe Falcon is an endangered species at the European level and is listed in Annex I of the European Birds Directive and Annex II (strictly protected species) of the Berne Convention. Active protection measures for steppe falcon, such as care rescue, care and release, are important active measure for the protection of the steppe falcon, the species so rare that each preserved individual is very valuable. Four specimens of this rare species was treated in this way in the period 2017-2019.

In March 2017, the joint action of the Provincial Inspection for Environmental Protection, Provincial Institute for Nature Conservation, BirdLife Serbia and the Police, executed the seizure of 4 steppe falcons from the person who kept them illegally in detention. Of these four individuals, two have been released in the vicinity of the National Park “Fruška gora”.

The young male steppe falcon was returned to nature in August 2018, after almost a year of recovery. It was an individual ringed in the Czech Republic as a youngling in 2017, and was found in the same year in Serbia.

A  young  individual of  the  steppe  falcon  originating  in  Austria  was  successfully  recovered  and  released  in  May  2019  in  a  joint  action led by the Institute for Nature Conservation of Serbia. This individual recovered for almost a year and was released near the place where it was found, in the vicinity of Paraćin.

Since this species is not building its own nest itself, and poor accessibility of the nests is recognised as a threatening factor, a significant number of artificial wooden and aluminium structures were installed in suitable locations in Serbia in the second decade of the 21st century. These platforms, although difficult, were recognised by the steppe falcon, and some couples successfully nest therein. In the perspective, it is necessary to continue implementing active protection measures for steppe falcon, by isolating risky low-voltage power lines that are the main cause of electrocution  (shock  due  to  electric  shock),  also by  suppressing  poisoning, capture and killing, and then by increasing the number of prey, especially the ground squirrel, correctly planning wind farms and other measures. 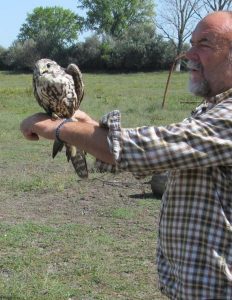 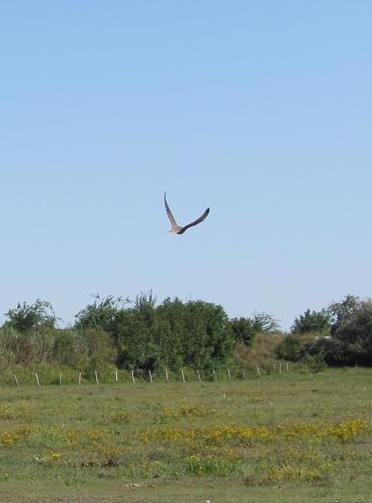 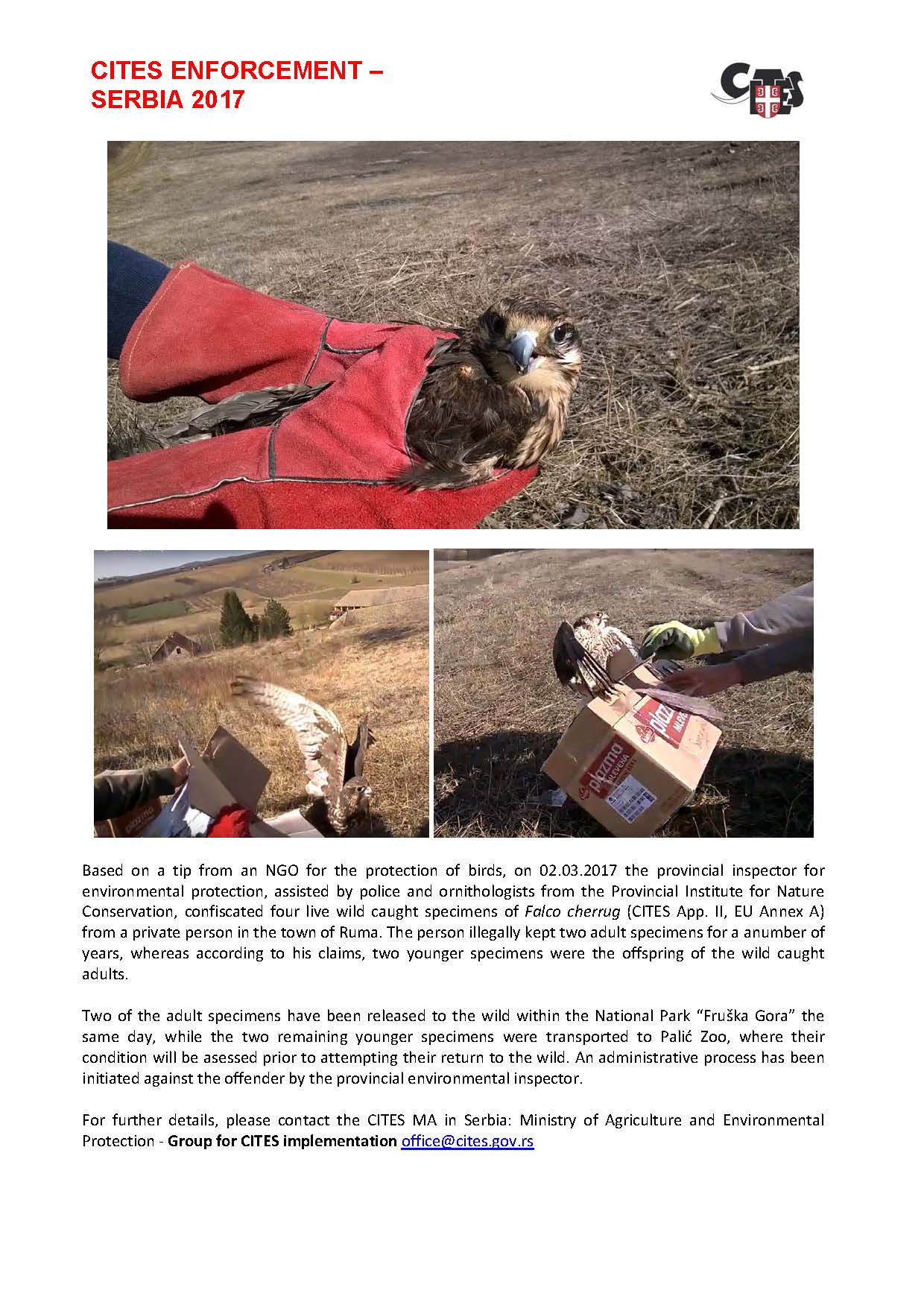